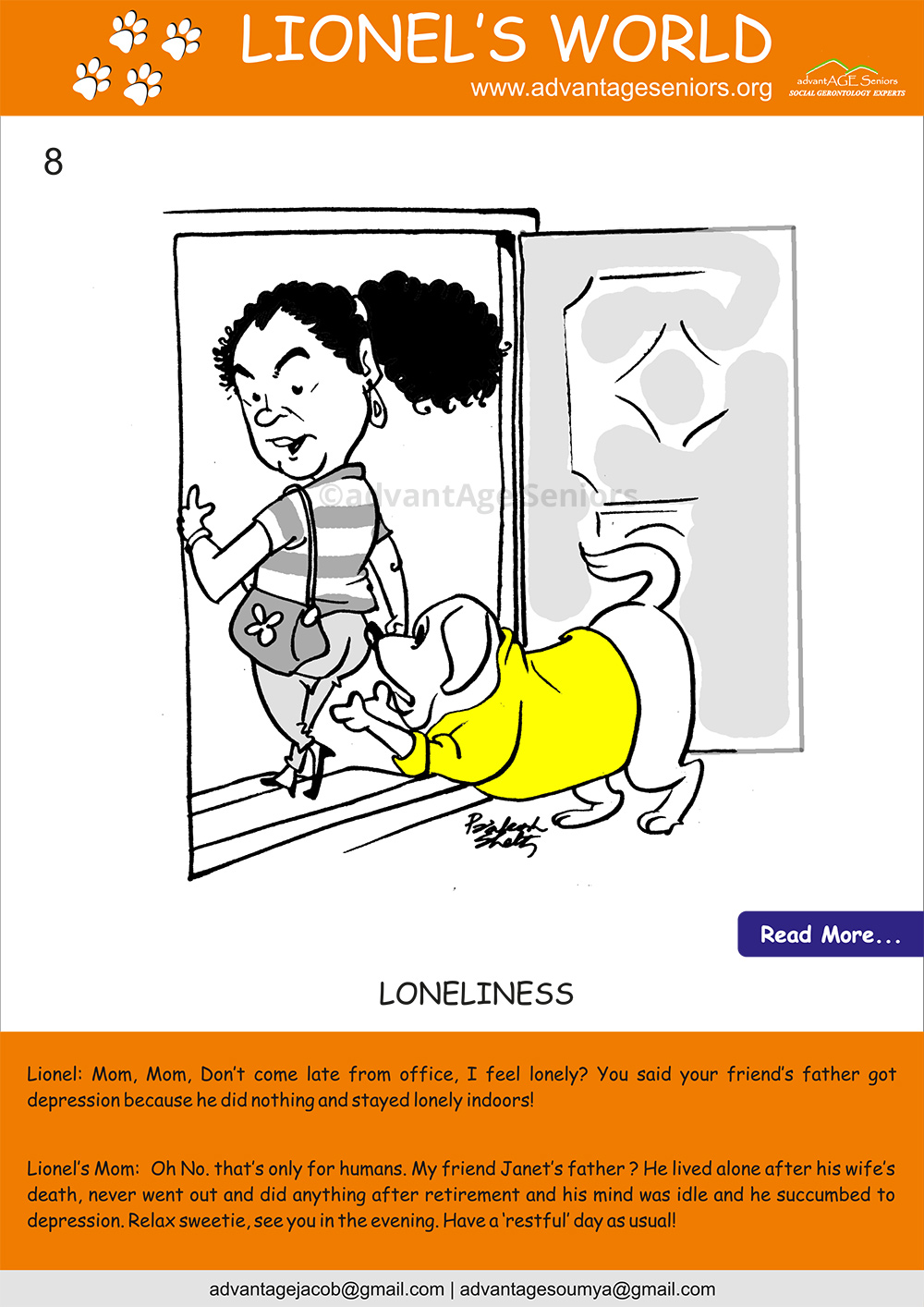 In the changed social scenario, Isolation and loneliness are serious problems for older adults. Loneliness is widespread and contagious. It is an epidemic.

Over a period of time older adults become less mobile, their friends and relatives die, hearing loss and other physical limitations make it harder to communicate with others, moreover seniors often reluctant to even try to make new friends.

As more of us insist on remaining in the community as we age, building social networks—whether digital or personal—will be increasingly important.

This is especially true for Baby Boomers, who have few children, and whose families often live in different cities than they do. As we age, communities are more important than ever. We must learn more about how to successfully build them.

Loneliness is a major issue that depletes the quality of life in old age. Shrinking social life, work life, spouse loss, children moving out or migrating to faraway places are seen as the major factors that affect older adults which eventually causes them to slip into loneliness.

As per the study conducted by Brigham Young University to learn about the top reason that increased longevity in humans, the evidence was unusually shocking it is not whether the person smoked or consumed alcohol or exercised or lead a leisurely life. The study results showed that the people who had active social integration lived longer and showed highest healthy longevity. People who lived an active social life had the highest chances of a long life instead of the one who was alone,who was observed to not have a healthy life.