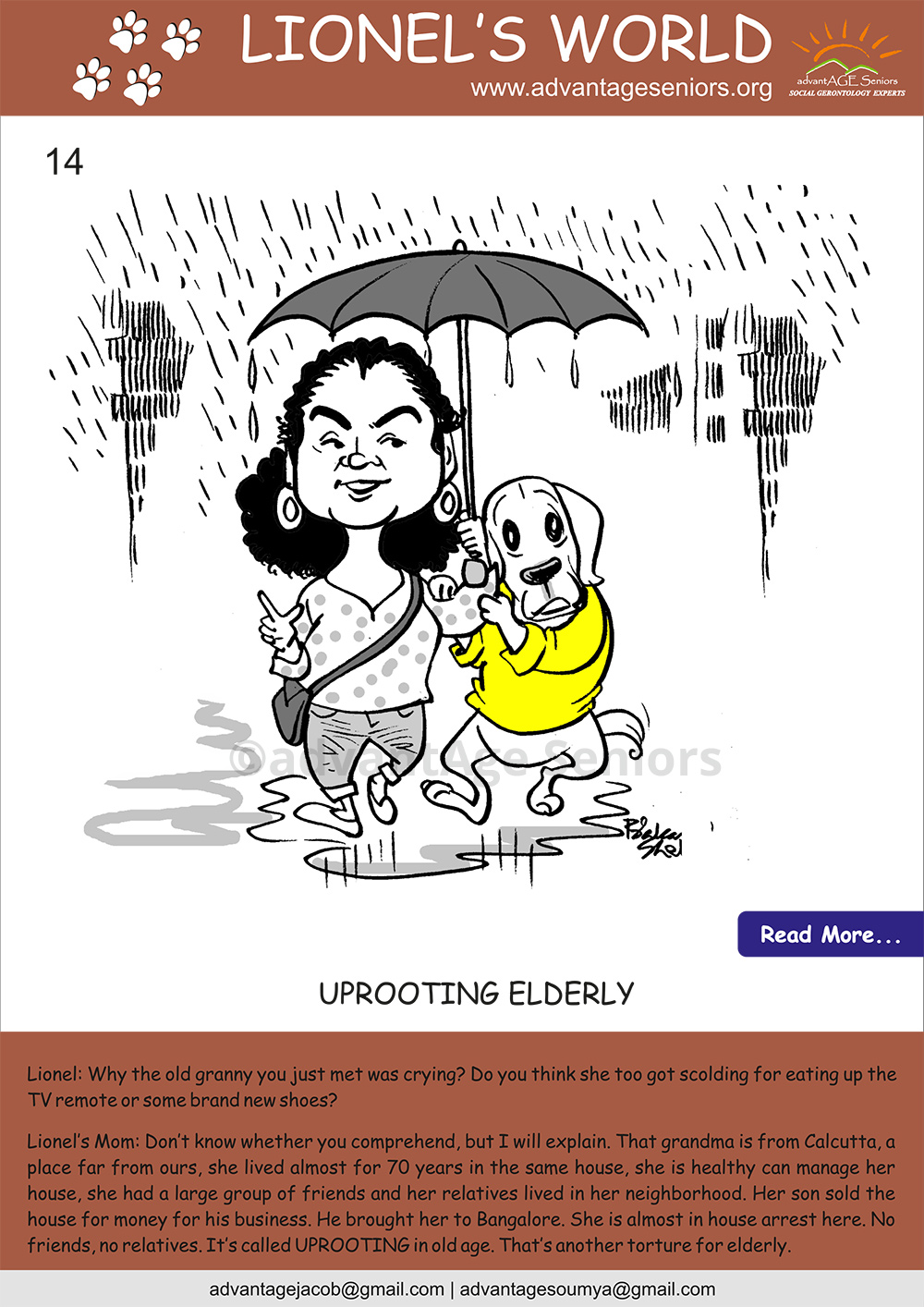 Urban living, changed social setting, changed filial structures have made it possible for elderly to get used to the changes whether it be living arrangements or adjusting to new social integrations.

In most cases, switching over costs are huge and it declines the social structure of the elderly and that adversely affects the mental and physical health of elderly people.

Adjusting to a new scenario and making a social circle often leaves the elderly behind lonely and isolated. When children migrate to urban cities in search of greener pastures, they leave behind their older parents in their hometown.

When children see that their parents health requires a lot of monitoring and they need more filial support, and it may be challenging for children to leave behind work and make frequent trips to visit parents, then they moot the idea of uprooting elderly parents into their urban homes.

This often results in many conveniences but elderly people have to trade their robust social life to the safety of living with filial support. This scenario causes tremendous stress on the mental health of older adults.

Often adult children are at a loss finding what has happened to their elderly parents who suddenly become aloof and less interactive in their new houses. Age old friends, neighbors, surrounding support systems that they had created, religious needs, and other social needs of the elderly are met when they live in a familiar, cordial surrounding, this must have taken ages to create and one will be found content in the same.

Uprooting elderly may restrict elderly of their physical mobility as they find the new geographic area unfamiliar and unfriendly. Lack of friends or not wanting to make new friends when they are moved to a different social set up which they are not used to (for example elderly moving from rural areas to metro cities) may be due to language issues and cultural differences which makes the elderly self-restrained of making new friends or interacting with new acquaintances.

These parameters play a major role in shrinking socialization, eventually it will affect the mental health and physical health of the elderly person.

In Brigham Young University a study was conducted to see what made humans live up to 100 years and beyond, the results were not only shocking but also eye opening.

The conventional understanding of longevity is directly proportional to whether the person smoked or drank, the genetic predisposition of the individual, the exercise he did or the healthy lifestyle he followed. However the study revealed that people who lived to 100 years and beyond lived because they had “exceptionally good social integration”.

As long as we can promote social integration to elderly they will be happy mentally and physically healthy.