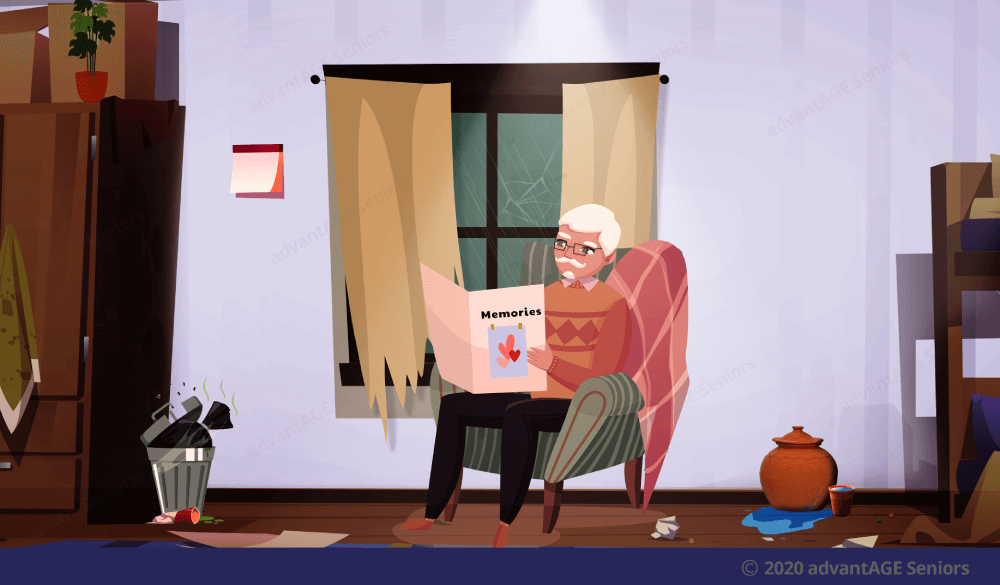 An investigation by Soumya Lakshmi, has shown that the knowledge, skills and availability of care workers in care homes (nursing homes) are ill-matched to the care needs of residents. She was appalled at the “shocking evidence” of understaffing, bad practice and poor care. This article is an eye-opener to the policy makers as well as to the public about the woefully inadequate care standards and practices in many so-called “Care Homes”.

Soumya as part of her study has underlined the inadequate quality of care in examples of Indian care homes that failed their standards. She found a “systematic failure in all areas of assessment and monitoring of people’s care, resulting in risks to people’s health and wellbeing”.

Care-Homes, rightly as the name suggests, it should be a Home with Compassionate Care, no matter what it takes. Elderly care home business is the upcoming next big business to corporate hospitals. and other allied health care sectors. Past decade, what was known to us as simple old age homes have converted into fancy elderly care homes. Many failed real estate businesses has refurbished and sold as elderly care facilities, with fancy resort like features, sans care. Increasing demand is certainly an influencing aspect. Many factors attribute to this new phenomenon like increase in number of older adults who needs care, shrinking urban filial support system, space constraints, complex medical conditions that demands institutionalized care, challenges to provide professional care at home or simply because the older adult seek independent community living after retirement. Whatever be the compulsion, once chose to live in an institutional set up, your health and well-being is directly proportional to the professional care standards followed by the respective institution.

I was visiting old age homes in the city as part of my study on care settings and standards for elderly. I happened to visit an old age home, which operates out of an enormous three-storied building with a signboard, said Ashirvad old age home. On my arrival I was shocked to my wits to see the entire building is locked up, including the gates, doors and the windows, building had balconies in every room but found them tightly shut making it impossible for fresh air or light enter the building!

Let me introduce Ganapathy, a hapless inmate who caught in the vortex of an unfortunate situation called ‘messed up old age’. I found this frail old man holding to the gate railing with a broken walker in front of him. Shabbily dressed with ruffled hair not combed for days, his sharp sweat stinking body odor was a clear indication that he had not had his bath for days. I advanced a conversation to make an inquiry if I can meet someone at the premises to get information of the old age home, the first thing he said without bothering to lend an ear to what I asked him “can I have something to eat”? It terribly shocked me. Though I was hurt for that moment, held back my saddened face made a special effort to sound everything was normal, hurried to the car to fetch him my lunch box with an encouraging smile.

After he ate the food in one breath, I tried speaking to him to understand the realities. He is a stroke survivor with minimal dependency but needs assistance for bathing, eating and toileting, he says he is not been given bath since one week and not fed since days. He walked me through his family dynamics and about his dispassionate children. He broke down into tears before he completed what he was saying. Ganapathy is a retiree from the Armed forces served the country from the extreme difficult border areas. A widower survived by a son and a daughter. Mr. Ganapathy is a pensioner and both his children are well provided for. Son is a videography professional and an entrepreneur, daughter an acclaimed teacher in a famous school in the city. Though Ganapathy toiled all his life at the boarders fighting for the country to make sure his children will get a good living and education. He ensured both the children are educated and well settled, he believed his children would become a solace when he really needs help but his children failed his old age plans. Being confident about the children, he never had a plan B.

He complained to his son about the poor care and dirty living conditions at the old age home and expressed his desire to leave the place but there was no hope. Ganapathy’s only son finds this place economical and the incurred expenses are covered well within his father’s pension, so that he doesn’t have to chip-in. However, Ganapathy proudly says his son is a successful a business man who employs around 200 people in his office, mismatch to his present plight.

Seeing an old man at the gate in such a devastating situation, I fairly got an idea about the happenings inside. Barged-in, looking around to find none but a strong foul smell of urine welcomed me. I quickly opened a room and peeped in and found an old lady lying in the pool of urine with no clothes on her. “She keep passing urine and her clothes get dirty often” the old women who is the facility manager justifies the unbearable stench. One does not really need any professional expertise to understand that it was a clear violation of human right of an infirm elderly person.

More unpleasant surprises awaited me when I was escorted to different rooms in the building. Shabbily kept rooms, dust bins over flowing with soiled diapers, fallen hair strands in black and pepper hanging from the stair ways, water filled flower pots were mosquito breeding sectors, at the corners of the hall ways found garbage pile and red spat of pan masalas, seems to be the exaggeration but that was the reality. With zero housekeeping, what else you can expect! Most inmates were just bundle of bone and skin due to undernourishment and dehydration. The medication management and timely health care was surely an alien thing as I found most were not even seen by a doctor in ages. No qualified nursing staff and professionally trained carers were appointed by the facility.

This care facility has around 20 inmates and had just three staffs who juggles between many chores like cooking food, washing clothes of the inmate, housekeeping, bathing each patient, changing their diapers, ambulating them, feeding them, and what not! To cut the long story, the three available staffs were playing the roles varying from cook to a physician. To make the matters worse, the home’s owner lives in Chennai and he visit the place once in three months.

Mr. Ganapathy was one ill-fated man ended up in such a horrific place. There are other thousands like him, may be lived a better life than him but one thing common for all of them was they all had families who atrociously care about them. Ganapathy’s story is not any strange, when one fails to plan his or her old age the next to kin plans it for them. Many a time children want their parents to get excellent care at their fag end of their parent’s life. But, in few cases “Price” is preferred over quality. However many do not know what it means to be a qualitative care home? What to ask for? What to look for when we admit our parents in a place? How to ensure zero abuse and neglect? Over and above, remember, most of these care homeowner’s are novice into the business of caring and zero passion other than making profit.

My journey continued and never stopped at ‘Ashirvad’ and in many places the story is no better. Residents were monitored too little given their health needs, and nurses did not always act promptly when an inmate developed abnormal clinical symptoms. Staff did not give people their medication on time, manage their wounds properly or always help them eat and drink. People were at risk of infections as the home was not clean. People’s rooms, bedding and flooring were visibly dirty.

Staffs were not always kind and remember this prime quality when somebody chooses to be in the geriatric realm. Again staffs are woefully illiterate about the nuances of elder care. People did not always have the ability to call for assistance and staff had little time to talk or support people with activities or socializing.
The examples of poor care and a culture of inappropriate, institutionalized practice highlighted by my study are wholly unacceptable. With the lack of appropriate care standards, the care extended will be inferior. Most of the places lack emergency protocols, lack of preventive care plans or inadequate inmate-care staffing ratio can be a contributing factor for diminishing quality of life of the older adults.

Choosing a right care home is one of the crucial decision that ensures quality to rest of your beloved one’s life. Of course, many excellent nursing homes provide outstanding care for seniors, but some don’t. Just as with anything else in life, if you or a loved one need a living place that provides you with care, you’ll want to do your due diligence to make sure you find a location that provides quality elder care.