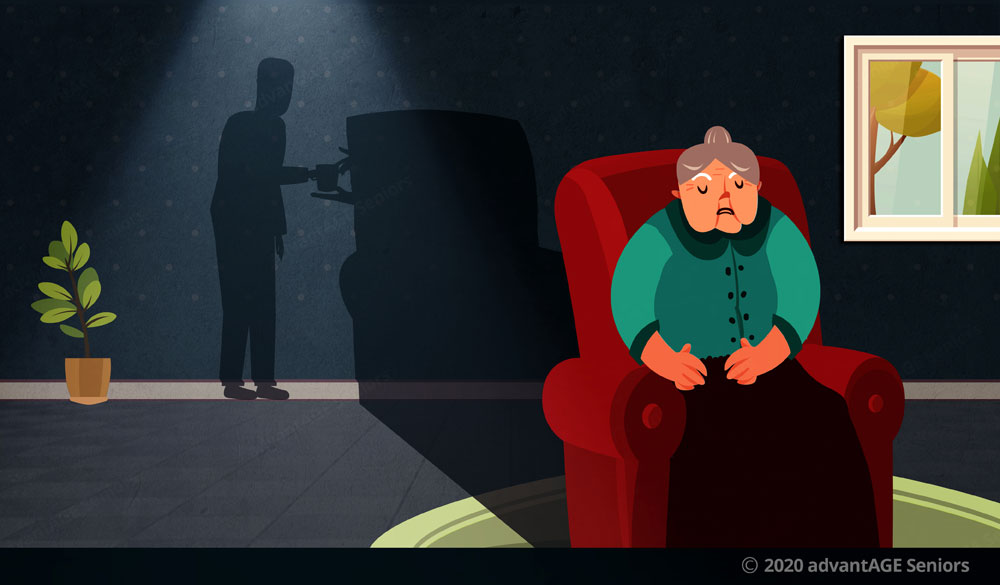 It was a chance meeting with Diwakar Kamat and he told me when I met him at a free medical camp recently:

‘… I lost both my parents 24 years ago and 6 years ago, at age 55, my wife left me for another man. It was more of a financial decision because I suffered losses in my business and my wife thought there is no point in sticking around with a man with liabilities.

We had no children. I don’t have any siblings either; I’m an only child. Today, I’m a perfect orphan.’ Diwakar, sort of settled with the reality.

‘While I’ve always been pretty independent all these years, the complete lack of immediate family has left me at times scary in ways I never could have imagined.

I cope by trying as hard as I can to rebuild a family-like structure with friends old, and new. And to live in the moment whenever possible. But there’s no getting around the fact my life – and my perspective – is forever changed.

The loneliness can be overwhelming and so difficult to express to well-meaning friends. My only hope is to work through it and hope the pain lessens over time. Today, I am old, alone and poor.’ Diwakar rues.

Can’t we empathize or gloss over?

Being a social gerontologist, I sure can and felt bad.

The encounter with Diwakar made me privy to the growing trend of elder orphans.

Most of us hope that our family will step up and help out. But the reality is different. For an increasing number of seniors, that option isn’t there. Whether they’re estranged from family or have never married or had children, more and more people will find themselves alone as they age and their health declines.

By 2030, 2 million people are predicted to be over 65 without adult children, according to a 2014 study in UK. This represents a huge demographic trend across the world: approximately a quarter of people will get older without ever having had children.

In our country, a large chunk of the population goes through the same anxiety and worry. It’s staggering that such a shift in society has been almost completely ignored in ageing debates. So why has this issue lacked debate?

As social gerontologists, we believe it is for several reasons. First, our society remains ageist and it holds good across nations. While sexism, racism and homophobia are deemed unacceptable, derogatory comments and assumptions about older adults pass by without remark. Infirm older adults are seen as a burden on society, lacking value or importance.

There has been a stream of reports highlighting the appalling treatment of particularly, frail and vulnerable older people. Another crucial fact is that why to blame others for your plight, when you have no clue about your preparedness. So is it a surprise that people fear ageing and worry about being ignored and badly treated? Lack of preparedness makes them more vulnerable.

“Oh, I’ll just kill myself when I get to that stage”

A common answer we hear from people on the issue of ageing without children is: “Oh, I’ll just kill myself when I get to that stage” (that stage being old and frail). Is this practical? How will you figure out the ‘that stage’? Though they disdain the prospect of being old and alone, at the back of their mind this question flashes. “How in the world will we take care of ourselves?”.

Obviously, people are brushing aside the bigger aspect of planning, but it says a lot about how little faith people have of a good old age in this country that killing themselves seems like a better option.

We don’t believe that growing older without kids or a partner doesn’t mean you’re doomed. We’re all at risk of becoming isolated and becoming elder orphans. Everybody has to prepare to live as independently as possible and adopt appropriate strategies. Few tips are listed below.

We advise everyone to discuss their options openly with friends – married and single, men and women – before making a firm decision. We discuss our psychological issues with professionals. We discuss our money strategies with financial experts, so why not talk openly to a social gerontologist about family and care concerns and what it means to go solo in old age.

Life is more complex, especially when you get old. Don’t get to a situation when you’re 60 and now you’re having to scramble to catch up. That’s ridiculous knowing you are alone and without plans.

Everybody wants some control in their life. If you don’t plan, what you’re choosing to do is cede that control to somebody else – and most likely to end up in a disastrous situation, scripted by a stranger.

Your social connections can help with practical health care needs, like driving you to the doctor when you’re unable. But they also do something powerful: keep you alive, research suggests. Connections can also help ward off depression and create a semblance of well being.

The more social activities you have, the more friends, the more things you can do to keep your body and mind active – that’s the best protection you have against depression and mental illness.

Who is your most trusted friend or relative? Over these years, it won’t be difficult to identify such a person who is your well-wisher whom you have absolute faith. This person is supposed to help you if you’re in a time of crisis, and revisit that periodically over your life.

Make sure that person knows the whole list of things somebody needs to know if they’re going to help you. Before it’s too late, consider designating that person as your durable power of attorney for health care, or the person who makes health care decisions for you when you’re no longer able.

It is a very hard decision. But, again it is necessary and be open about it. Running a fully functional home is near to impossible at advancing years. Many a time, ageing in place is hard when it comes to a person who is alone and old.

The need for skilled care that cannot be afforded by most people within the home environment may also be a consideration for institutionalization again, the old person has reached a point either physically, mentally or even financially where institutionalization needs to be considered.

Reasons for institutionalization may vary greatly but revolves around a single factor – the elderly need care within a facility.

Advantage Seniors has been the leader in elderly home care in bangalore. Read our testiminials