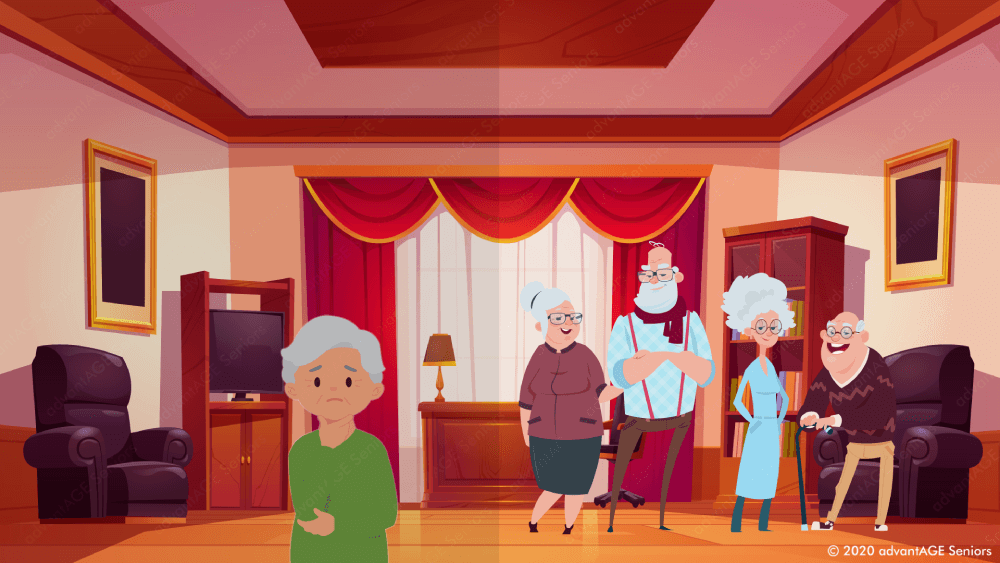 Are you worried about ageing and living alone? Here’s how to build a life of peace and happiness – and how to cope with being alone in old age – whether you’re 65 or 85.

Irony, what else? He looked so forlorn that Anand’s heart lurched because this is not the same Rao who Anand knew few years back. People who knew Mr. Rao earlier, cannot comprehend his present plight. Few years back, Rao used to serve 10000 meals as a corporate caterer. He was a big timer in the catering industry commanding respect and a much sought after person by corporates.

Those days he had the habit of drinking occasionally, but the chaos in personal life drive him to become an addict. His wife eloped with his own nephew, which is sort of unthinkable and unheard. But life sometimes turns illogical, may be stranger than fiction. He comforts himself on the fact that while his hey days he was able to educate his son and daughter from the premier institutions and help them settle abroad. Children, influenced by their mother, never paid him back.

Anand brought him to us to look after him. Rao’s twilight is on a heart-rending, pitiable situation: shattered hopes, no money in the kitty, failing health, no family or companion. Amongst us, we have several Rao’s and Ganesan’s whom the community discount as ‘mismanaged lives’. How many of us are growing older alone? How many of us are concerned over ageing solo, with family members — if we have them at all — living at too great a distance to be of use, emotionally or logistically? Whether by choice or chance, the number of older folks living alone is increasing.

These days a high proportion of older people live alone and the numbers are growing – though we gloss over, it means we have looming social problems of epic proportions. Living alone has been defined as “pathological” by many researchers, associating it with social isolation, psychiatric disorder and antisocial behavior. In majority of older adults, all these aspects are true and worrisome.

Why do older people live alone?

Living alone comes about through several different pathways. People may never have had a spouse or partner; they may have had one but now they are gone, through dissolution of marriage, separation or death. Some older people live with others, but have separate activities and identities. These situations may have come about by choice, but some are unanticipated.

When older people in my social gerontology practice were asked why they continued to live alone, the predominant responses were “freedom, choice and control and independence”. Kamala Sivadasan, a widow for 14 years summed it up – “(living alone) allows me to do what I want, when I want, and how I want”. This does not sound like a pathological state!

Living alone is a bit challenging when especially failing health and increasing disabilities mean that infirm elders need help from others. Reduced mobility, may make it harder for them to get out, as will cognitive impairment. This makes older people more counting on the family and friends, formal and informal services, reducing the choice and control they enjoyed when living alone, as well as possibly leading to isolation and loneliness.

A less obvious disadvantage is having the sole responsibility and burden of decision-making. Our interaction with many elders in the past taught us the fact that they had no-one to talk to face-to-face, especially when they had to make critical decisions. They also commented on people taking advantage of older people living alone – financial abuse by their family, tradesmen, mail and phone scams, requests for donations.

Family dysfunction is nothing new and it is pronounced and hurting in old age. No matter how many children you have, there’s no guarantee they’ll want to assist and care you when you need them most. Mangalabai’s both sons live in US. Her elder son got estranged when he married a Russian girl. Hostility continued even after 32 years passed and the elder son never spoken or contacted her. Second son hasn’t talked to this 84 year mother in over 10 years, and I don’t think that’ll change before his mom dies. This mother didn’t do anything wrong or bad – she was a stubborn character, but she certainly doesn’t deserve to be cut out of her son’s and grandchildren’s lives! As a former bureaucrat’s wife, she is fortunate to have her decent family pension and imagine the plight without such cushioning. Magalabai, who is now a full-blown Alzheimer’s patient and staying in our dementia care home is mercifully oblivious of her destitution.

And, even if your kids like you, there’s no guarantee they’ll live in the same city, state, country, or continent as you. Many of our families are scattered across continents. Family visits are becoming rare, considering the long distances and the hectic schedules. Biological kids or not, there is no guarantee you won’t be alone in your old age. Many seniors and baby boomers are alone even though they have adult children, because their kids are living their own busy lives. Adult children do not necessarily mean that older people aren’t alone – their kids may be physically or emotionally unable or unwilling to be family. So having a family is no guarantee for an ideal setting in old age,

At 84, Mr. Daniel lives in an apartment complex. He’s a widower with no children and his infirm elder brother lives in another city, which is far away. But thanks to a strong support system, he won’t be alone as he ages and his health inevitably declines. Being alone “doesn’t scare me because I know that I have friends,” Daniel said with conviction and faith. He is part of an active church group and always engaged in their activities.

Love, connection, solidarity, and togetherness is what helps alleviate sad feelings of being alone when you’re old. It doesn’t matter whether or not you’re alone in your old age as long as you hold on to hope, faith, and optimism. It is not imperative that you need kin to feel loved, same way it doesn’t matter you need biological children to feel connected, and you don’t need family to feel united.

Ganesan, 76, a retiree from the army isn’t as fortunate. His wife is deceased, leaving him to live by his only son’s house for the first time in his life. Ganesan said his daughter in law has made it clear that she will not be his caregiver in his old age. She made it clear that he is unwelcome in his son’s house. “She thought that was too much responsibility for her,” Ganesan unwillingly accepted his fate. “It’s just devastating and I ended up in this sub standard old age home.” He regrets the stay in the old age home. Daniel’s and Ganesan’s, illustrate the opposite ends of a quandary facing many seniors: Who will take care of us in our frail, declining years? Most of us hope that our family will step up and help out. But for an increasing number of seniors, that option isn’t there. Whether they’re estranged from family or have never married or had children, more and more people will find themselves alone as they age and their health declines.

My experiences as a social gerontologists tells me that having biological kids is probably no guarantee to ensure you’re not alone as you age! But customarily we bank on our children for old age security. Mostly they fail us. There are too many unknowns. What if your child is physically or chronically ill from birth onwards? What if you outlive your child? What if you get divorced, and your child prefers your spouse to you? Even if your son/daughter are willing to support but their spouses disapprove.

If you don’t want get disappointed in your twilight years, don’t wait till the advanced years where the society feels you are unfit to be in the company of others, and that is why middle age is the best time to start making friendships and building ties that will last long till your end. Instead of counting on kin to keep you company or take care of you during your twilight years, start making connections with people you wish were your family. You can choose your ‘new family’ from a vast and varied background like hobbies, clubs, churches, interests, communities, etc. Non-family relationships can be all embracing and easier than family relationships, because they come without the baggage of the past.

The challenges of living longer and living alone can be formidable, but there are lots of creative solutions already helping people across the world. The most important mantra for coping with the fear of ageing alone is to prepare well in advance. In old age, many of us are orphans or estranged from our family members but you can create surrogate families and better support systems in place.